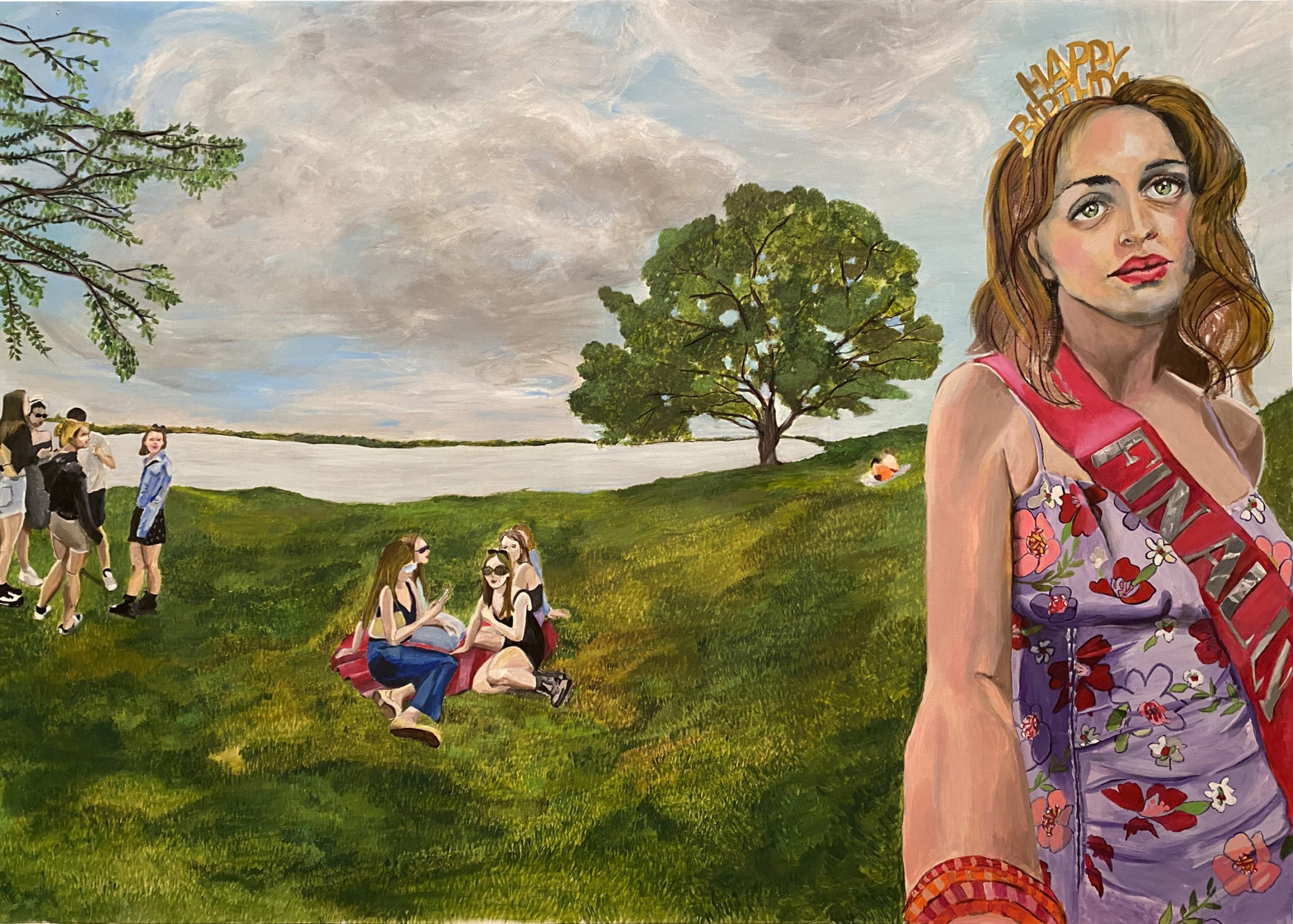 While I was working on that in my studio, I had the radio on; They were telling the story of a 16-year-old boy who was beaten by his parents and kicked out of his house for wanting to be a girl. From that day on, his only safe-places were a friend’s car where he sleeps and the school where he eats and studies.

While listening to him, I was struck by the optimism with which he spoke about his life, the desire he had to be 18 and be able to work and to fend for himself.

As I finished the face of The Girl, I realized that the story invaded my mind and guided my hand to paint the face of the boy instead.

The Girl, this girl, was embodying his life and story.